Life Through The Lens Of An Arkansas Photographer

Kurt and I have really enjoyed the road trips we have taken over the years.  In the late summer of 2014, he planned one.  We were headed west, and our first stop along the way was the Cadillac Ranch.

Just west of Amarillo, the Cadillac Ranch has been a roadside attraction for more than forty years.  It is the brainchild of Stanley Marsh 3, an eccentric billionaire who wanted a public art installation that would create pause, and generate interest in alternative forms of art.

He hired a group of artists from California who called themselves the Ant Farm.  Wanting to pay tribute to the Cadillac tail fin, they came up with a unique concept:  ten Cadillacs, buried nose up in one of Stanley Marsh’s wheat fields. 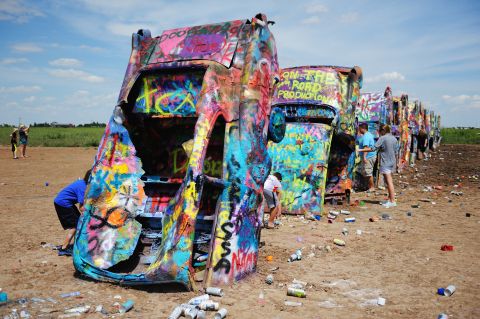 Almost immediately after the last car was buried, visitors began stopping, leaving their mark.  Not one area was left uncovered.

Marsh, nor the Ant Farm minded, they actually deemed it part of the artistic process. In fact, when the Cadillacs were moved farther west to a new field in 1997, Marsh had all the scattered debris (trash, paint cans) moved as well.  He considered it part of the exhibit. 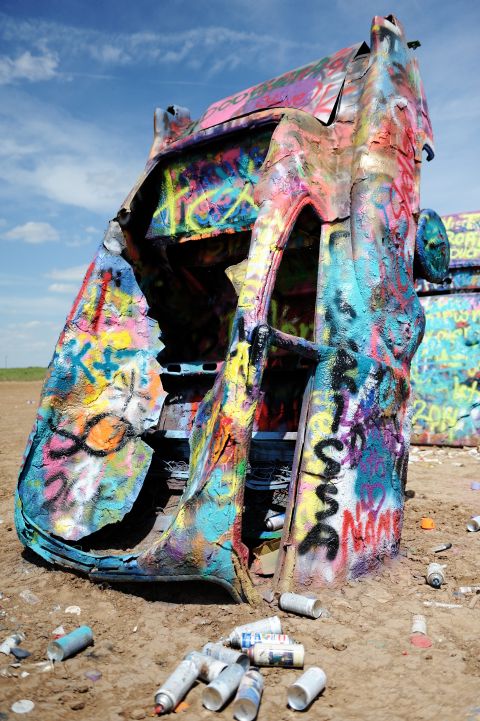 There have been occasions when the artists decided to paint the cars uniformly.  In 1990, they were painted bright pink.  To honor the passing of the founder of the Ant Farm, in 2002, they were painted black.  They never stayed that way for very long! 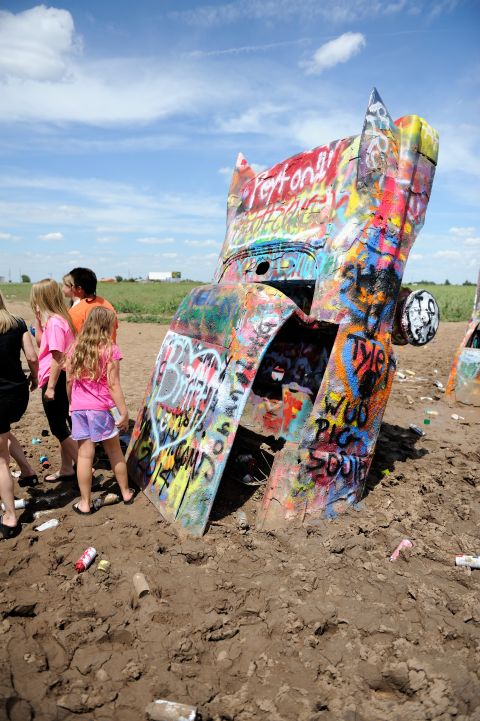 T0 get there, take I-40 exit 60. Drive south to the frontage road, then turn left. Drive east one mile. Cadillac Ranch will be on the right (south) side; park along the shoulder and enter the pasture through an unlocked gate.

The Cadillac Ranch was a unique place to stop, stretch my legs, and unleash my inner artist!

3 thoughts on “The Cadillac Ranch”